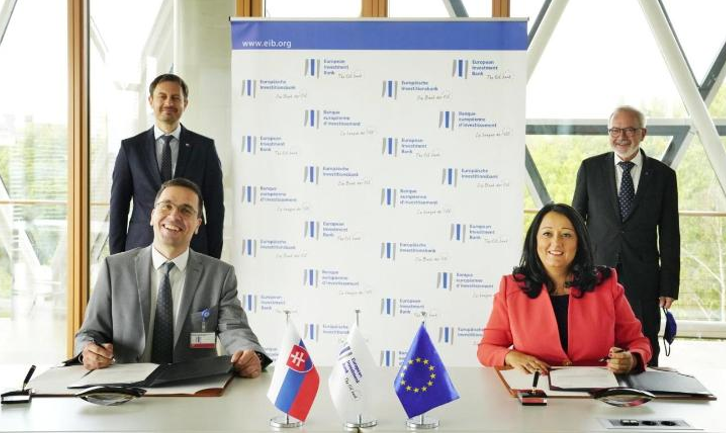 Thanks to this support, SIH will further enhance its advisory capacity by recruiting additional expertise in the field of sustainable investments and energy efficiency. SIH will be better equipped to support public project promoters in Slovakia in delivering Energy Performance Contracting (EPC) projects. EPCs are contractual arrangements between building owners and energy service company that invests in energy efficiency measures and guarantees energy savings over the duration of the contract. EPCs are recognised by EU directives and European initiatives as crucial to unlock the energy saving potential in the market.

This new agreement complements advisory and technical assistance already provided by the EIB, including support for the design and implementation of financial instruments in the sector, advice on template EPC contracts to be used by the public sector in renovating their buildings, and support to help identify smart city investment projects across Slovakian municipalities.

“The Funding Agreement represents a new milestone in the collaboration between EIB and SIH” - says Lilyana Pavlova, EIB Vice-President responsible for Advisory Services. “I am confident that this additional support by the EU Climate Bank, in the context of the Advisory Hub’s activities, will be key to allow the development of environmentally sustainable investment projects that will support the transition of the country towards a low carbon economy. Partnerships like this one with SIH are essential to deliver the EU Green Deal.”.

“Environmentally sustainable investment projects are the only way to help us build a low carbon economy based on low carbon building stock. This Funding Agreement in collaboration with the Advisory Hub is the first step for us - as this project will help us deliver high-quality technical assistance to our municipalities and other public entities. It will essentially help us to establish a prosperous market for EPC projects in Slovakia.” – added Ivan Lesay, SIH’s CEO.

About the Slovak Investment Holding (SIH)

Slovak Investment Holding (SIH) is a 100% state-owned joint stock company. Its primary goal is to support strategic public and private investments in Slovakia in the areas of infrastructure, energy efficiency, waste management, social economy and small and medium-sized enterprises. SIH draws on European Structural and Investment Funds to fund its investments. Projects are financed exclusively in repayable form, i.e., using financial instruments rather than grants.

SIH is a partner of the European Investment Bank (EIB). One of the aims of this partnership is to provide information to public and private institutions in Slovakia regarding the financial and advisory services of the EIB that are offered under EFSI (European Fund for Strategic Investments) and EIAH (European Investment Advisory Hub).

The European Investment Advisory Hub (EIAH) is a partnership between the European Investment Bank Group and the European Commission under the Investment Plan for Europe. The EIAH is designed to act as a single access point to various types of advisory and technical assistance services. It supports the identification, preparation and development of investment projects across the EU. Building our local partnerships across Europe has been a priority of the Advisory Hub since its launch in 2015: today, the Hub’s partner network includes more than 40 local institutions, with almost 30 formal agreements signed with national promotional banks and institutions (NPBIs) and other partners. Through a dedicated Call for proposals, the Hub made funding and technical support available to NPBI partners to develop their capacity to deliver advisory services locally and boost investments on the ground. Watch a short video on the Hub’s support to Climate Action projects and on smart cities in Slovakia.

About the European Investment Bank

The European Investment Bank (EIB) is the long-term lending institution of the European Union (EU) owned by its Member States. It makes long-term finance available for sound investment in order to contribute towards EU policy goals both in Europe and beyond.

The EIB has been working with Slovakia since 1992 and invested in SMEs, infrastructure, energy efficiency, education and culture. Since start of operations in Slovakia, the EIB provided € 9.35 billion of financing to 124 projects.